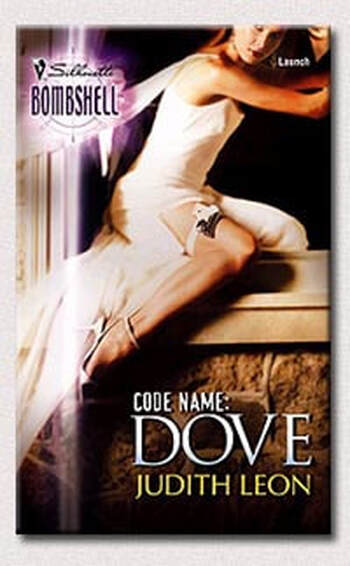 "Get Close to Him by Any Means Necessary."
​
After a tragic childhood, CIA Special Contract Agent Nova Blair dedicated herself to ridding the world of criminals, not entertaining their wildest fantasies. Beautiful and athletic, adept at many languages, she is considered a unique asset.

Now her boss wants more. Seduction. Her proposed target: an extraordinarly handsome, charming, and powerful megalomaniac. A man suspected of using-mind control drugs to control world leaders. Millions of innocent lives, she is told, are at stake. And, says her handler, time is running out.

​Failure isn't an option--but sleeping with the enemy....?
"Nova checked the ledge--it wasn't more than eight inches wide. Leaning out, she could see, about twenty-five feet to her left, a light from the library where the secret meeting was to take place.

She turned around and leaned her back and head against the wall. She held her hand to her stomach, which was now slowly turning over.

She had to spy on that meeting. Over two months with Jean Paul, and still nothing. If he was innocent and she got caught, her actions would be impossible to justify. Her cover would be blown. But if he was guilty, she couldn't pass up the chance. And if he was and she got caught?

'So don't get caught, Nova,' she said stilently to herself. Risking her life was part of the job, especially when the fate of the world depended on whether she got on this ledge or not...."